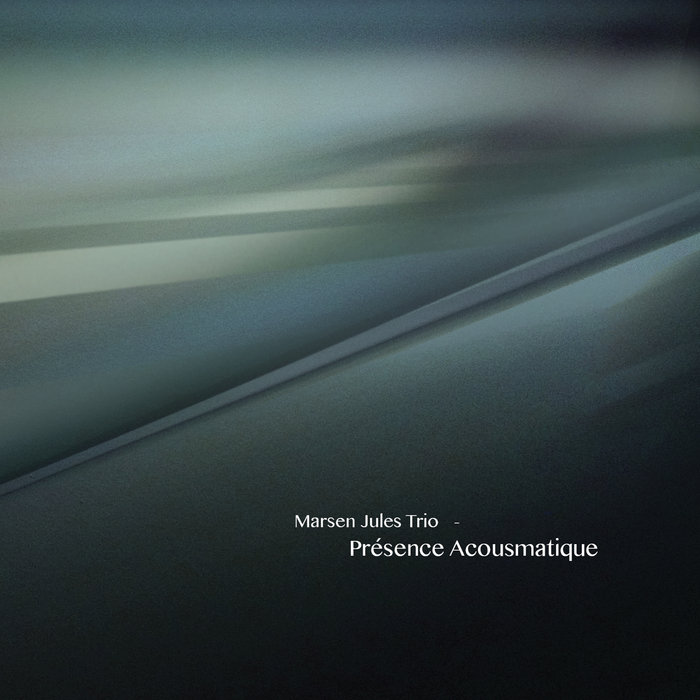 German ambient-connaisseur and soundpoet Marsen Jules (aka Martin Juhls) is well known for his releases on City Center Offices, Kompakt or his own label Oktaf Records. On stage he often combines his atmospheric soundscapes with live musicians. A steady formation is the Marsen Jules Trio, which features the twin brothers Anwar Alam and Jan-Philipp Alam on piano and violins accompanied by Jules´ restrained live-sampling, bowed percussions
and singing wine glasses. For tours and festivals the Trio already played in the US as well as in Canada and all over Europe. With their debut-album „Présence Acousmatique“ on Oktaf Records the musicians bring their „acoustic presence“ to CD for the first time. It
features six highly atmospheric soundsculptures between ambient, avantgarde-classic and modern jazz. Whereas the opening „OEillet Parfait / OEillet Sauvage“ is still a variation of a track from Jules´ „Les Fleurs“ album, all other tracks are composed for the Trio or
developed out of the cooperation itself. Two tracks also feature saxophone player Roger Döring (Dictaphone) as a guest musician. The combination of dark scapes and saxophone on „Histoire de la nuit“ and „Éclipse“ makes one think of an ambient version of Bohren und der Club Ghore. The abstract „Excalibur“ and „Maison en Vitre“ remind of early avantgarde-classic and twelve-tone music and the closing „Les trains stortent de la gare“ brings a bittersweet composition for piano and violin hold together by sparkling percussions.