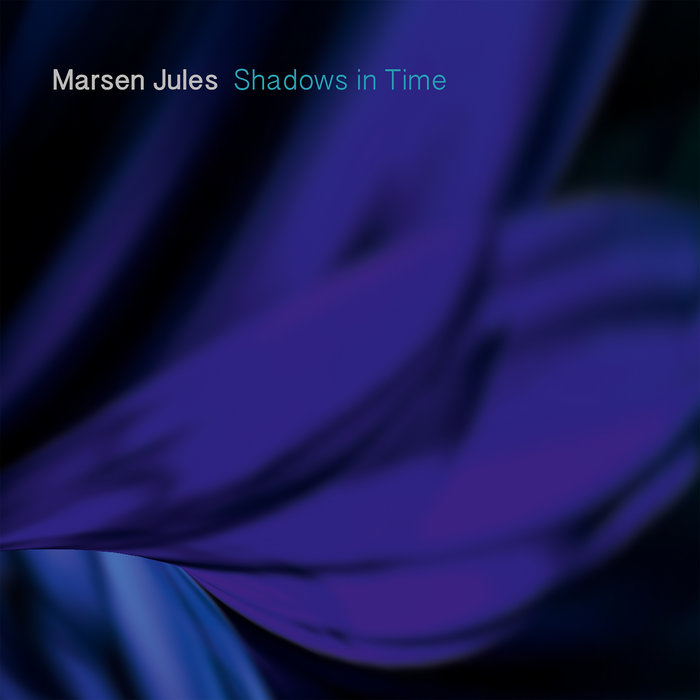 “A statement on the fragile beauty in every moment.“ Marsen Jules releases his concept album “Shadows in Time” end of May 2016 on Oktaf Records/ Kompakt. The generative composition is released as static CD version and in more than 300 variations on USB flash drives and vinyl pressings in a limited edition.

Generative music has long ceased to be unknown territory in composition. Ever since Steve Reich’s “It’s Gonna Rain” and Brian Eno’s “Music For Airports”, again and again musicians have used different techniques to create a music, which modulates on the basis of strict rules, is varying over and over and thus emerges from the very moment itself. Thereby, it is the great depth of a composer’s artistry to determine the possibilities – to define the fine line between stagnation and chaos, to sound the limits between monotony and cacophony. Following this tradition is also german ambient musician Martin Juhls aka Marsen Jules. For more than a decade, the sound poet has been reviving touching acoustic moments and condensing them to musical jewels. While doing so, he likes to compare his way of working with the approaches to abstract painting: The sound particles turn into timbres and tone colours that Jules arranges on the compositional canvas of time and space as quietly flowing snapshot. At times in wistful nostalgia, then again in revelling riot, sometimes in sublime serenity.

While the mentioned musical pieces of Reich and Eno particularly were confined to audio tracks of various length running against each other, Marsen Jules has refined this technique more and more over the past years and has developed it further in every detail. Thus, his compositions vary on all sorts of levels and modulate in all ranges of the spectrum of sound, reaching deep into the granular structure of the sounds. That way, seemingly static sound structures are created that vary sheer endlessly and in which every single moment is absolutely unique.

One important source of inspiration for “Shadows in Time” was the stunning installation “Series 1024x768” by media artist Johannes Franzen: on a computer screen, all 786,432 pixel continuously change their colour with every second, pursuing the aim of running through all potential possibilities. A simple process that is so complex in itself, that even modern high-performance computer systems cannot capture it and to consequently run through it would last far beyond the existence of our solar system. “All of a sudden I realized that on the screen, which showed nothing more than a chaotic accumulation of little dots, in the course of time, inevitably and predetermined, absolutely any motive would be created. Not only all great paintings of art history, but also every single possible event in the history of mankind, any reality that has been experienced or dreamt of. The fascinating possibility to picture a unique and thrilling image thereby was given in every second anew. In front of my mind’s eye I pictured myself holding a brandy snifter and a cigar, sitting leaned back in an armchair until the end of time, staring at the screen waiting for this very unique moment that would show me in exactly this situation”, explains Marsen Jules.

As unique every single moment might be, in the end it is only a shadow in time. But to experience this uniqueness over and over again, is entirely up to the one who is experiencing it. It was this particular experience of every moment’s fragile beauty that formed the source of inspiration for the concept album “Shadows in Time”. A generative composition that originates from within itself over and over again in unique forms.

What, on the surface, conveys the impression of steady repetitions, in detail turns out to be a constant variation of continuous uniqueness. Apart from his static CD version, Marsen Jules has created over 300 versions of the same musical piece in different lengths for this purpose, which are now released on beautifully wrapped USB flash drives and on limited edition vinyl pressings. Each recording thereby contains a unique and individual version of always the same track.

An artful ode to the uniqueness of the here and now.
credits