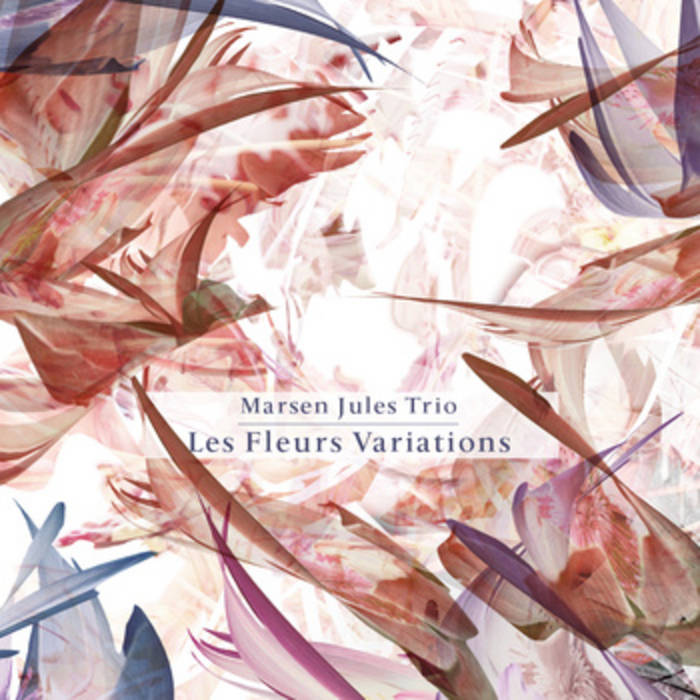 The self-proclaimed sound poet Marsen Jules generated quite a lot of buzz with his classical inspired ambient album "Les Fleurs" that was originally released on the Berlin based label City Centre Offices in 2006. Eight musical miniatures were carefully selected to appeal to fans of home listening classics such as Kompakt's well-known "Pop Ambient" series. Throughout the whole album, Marsen created a complex web of sounds, consisting of musical fragments of harp, vibraphone and classical jazz sounds. "Les Fleurs" was often described as a timeless piece of heartfelt music, whose title was always more to Jules' than just a reference to the simple beauty of floral arrangements. The tracks on the album were supposed to resemble the whole life-span of a flower from its beautiful blossom to its bittersweet decay. For his live act, Marsen Jules gets accompanied by his long term friends Anwar and Jan-Phillip Alam on violin and piano. Out of this cooperation grew the Marsen Jules Trio, which is now proud to present their first EP, "Les Fleurs Variations". The four tracks, released on Marsen's own label OKTAF, are only a small appetizer of what to expect from them in the near future. On "Les Fleurs Variations", the spheric ambient sounds of the original get enriched by the organic violin and piano play of the Alam brothers. The result is reminiscent of the timeless modern classical arrangements of the likes of Eric Satie, Olivier Messiaen and Claude Debussy. "Les Fleurs Variations" is an impressive cooperation that has both tranquil and frantic moments.